The total GDP of the Mid-America EDC region has grown by 3.6 percent between 2017-2019 from $3.595 T to $3.723 T. Mid-America EDC’s regional GDP is roughly the size of Germany and the fourth largest economy in the world. While the region has experienced reasonable growth, it has not kept pace with the national average of 9.1 percent growth over the same period.

Mid-America EDC states should focus on keeping and attracting jobs in the industries in which it has a historic strength such as agribusiness and food production manufacturing, machinery manufacturing, automotive manufacturing, and metals manufacturing, but it should also look to the industries and the occupations of the future such as software development, logistics and fulfillment centers, medical device manufacturers, and pharmaceutical companies to determine those that it can attract to provide high-wage jobs to the people that live in the region. The jobs projected to grow in the future is a mix between those that require a high school degree and those that require a bachelor’s degree. The preservation of existing industry strengths, and the attraction of high-wage jobs to Mid-America EDC states ensures that the population and the median family income and local tax base will continue to rise for the foreseeable future. The abundance of affordable, high- quality technical educational institutions, and 4-year and post-baccalaureate universities and research institutions in the Mid-America EDC region creates opportunities to meet the workforce needs of today, prepare for the workforce needs of tomorrow, and develop and commercialize new technologies that propels the region into the future. 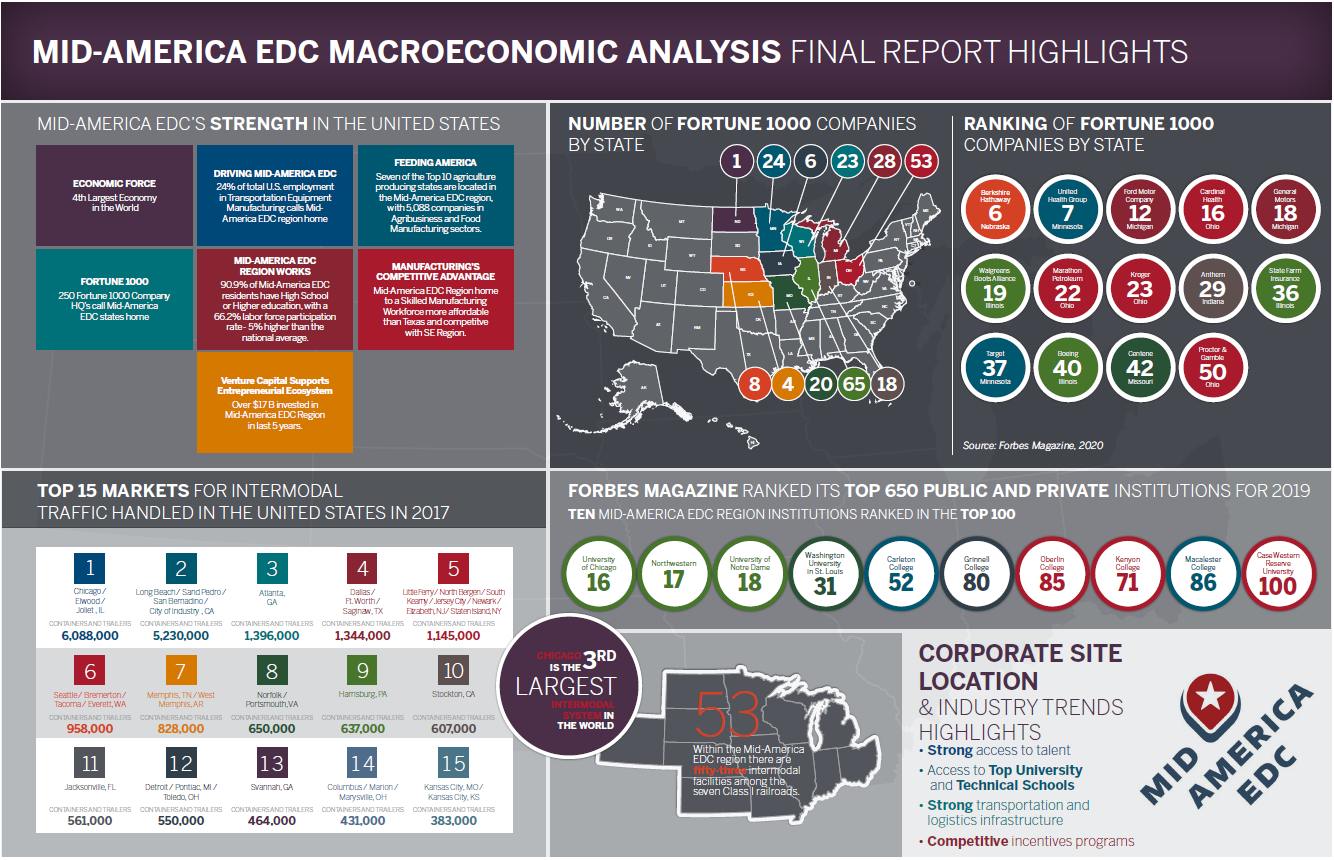