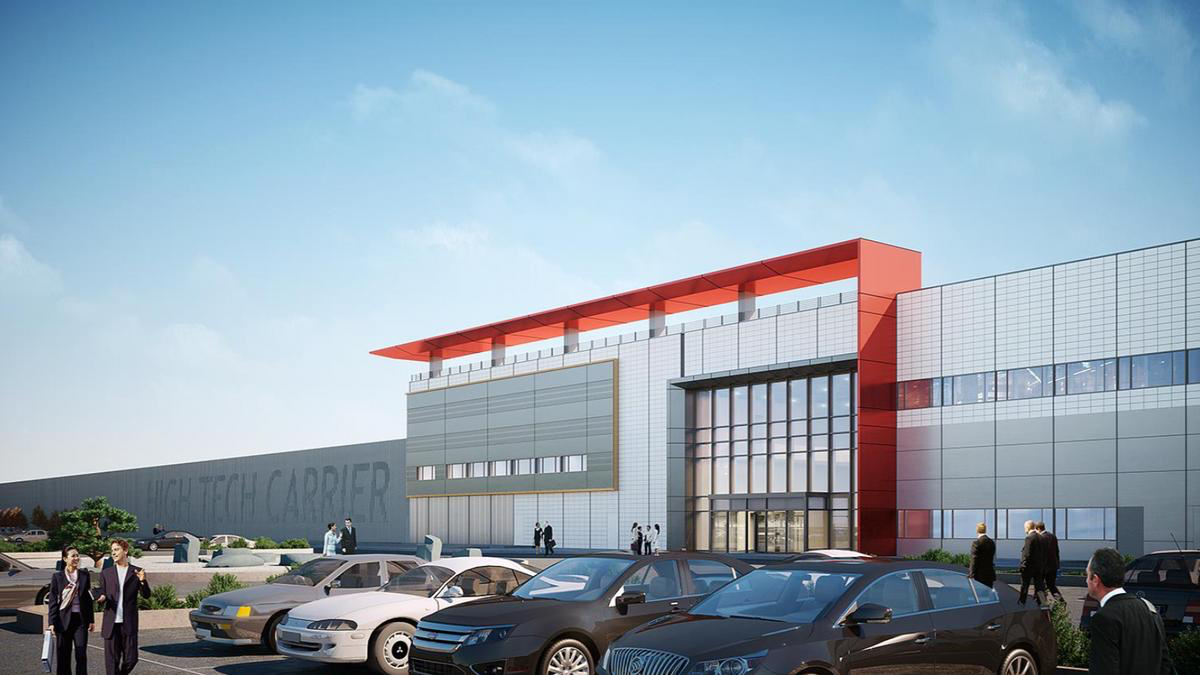 The pledge to create up to 13,000 jobs and invest up to $10 billion by a global leader in technology is a once in a lifetime opportunity - one the Wisconsin Economic Development Corp. (WEDC) helped to make happen when attracting Foxconn Technology Group to the state. The massive project has Foxconn planning to build the first liquid crystal display manufacturing (LCD) facility, outside of Asia, in Mount Pleasant, WI, and in doing so, the company will create thousands of high paying family-supporting jobs.

Wisconsin workers will benefit from the thousands of direct and supporting jobs being created by Foxconn. Paying an average salary of $53,875 plus benefits, these jobs will serve as an economic lift for workers already in the region and those relocating to work at the facility. In addition, jobs will be created at the many Wisconsin companies supplying Foxconn, as well as the companies involved in the facility’s construction. WEDC estimates the project will require up to 10,000 construction jobs over a four to five-year period and once complete, there will be up to 22,000 indirect jobs above and beyond the up to 13,000 jobs created by Foxconn directly. Job creation at this level will truly be transformative for the state of Wisconsin.

When Foxconn, one of the world’s top electronic manufacturers, began searching for a U.S. location, Wisconsin was ready. Foxconn’s RFP requirements, which included the need to address cost, speed and workforce, matched up well with then-Governor Scott Walker’s efforts to attract businesses to the state.  WEDC had already been actively working on a number of such recruitment projects; both the Legislature and Governor Walker were prepared to support this unique opportunity by passing specific legislation that addressed Foxconn’s needs.

Mark R. Hogan, Secretary and CEO of WEDC indicated, “Foxconn’s commitment to build an ecosystem in Wisconsin around the LCD manufacturing facility was at the forefront of our why we pursued the opportunity.  Given the magnitude of the project and incentives, as well as the evolving technologies, it was critical the contract gave Foxconn the flexibility it needed to be able to adjust and make the best business decisions that would ensure their success in Wisconsin.  At the same time, the “performance-based” contract was negotiated in a way to also protect the taxpayer’s investment.”

The collaboration between WEDC, other state agencies, Governor Walker, the legislature, and the local and regional leaders made it possible for Foxconn to choose Mount Pleasant for their new mega-manufacturing facility. In exchange for this level of investment, Wisconsin has offered $1.5 billion in tax credits for job creation and another $1.35 billion for capital investment. To receive these incentives, the company must hit job creation and investment benchmarks.  Once achieved, the state expects to generate tax revenue through both the construction project and then the ongoing operation that will help compensate for the large incentives package.

Progress is already underway in Mount Pleasant. In June, crews began pouring foundations for the first manufacturing facility, which will encompass approximately 1 million sq. ft. and additional bid packages have been issued for various aspects of construction, which should be complete and operational by year-end 2020.

Foxconn is committed to the project and flexible on how to best utilize the facility. Currently, they plan to make networking products, servers and automotive controls, in addition to televisions. “The multiple liquid crystal display sizes that we can produce are applicable in a variety of industries from automotive to education to entertainment to health care to medicine to security in smart city applications,” said Jay Lee, the vice chairman of the board of directors of Foxconn Industrial Internet.

Wisconsin is looking forward to the transformative impact Foxconn’s opening will have on the state as a whole as well as the upper Midwest region. For the sheer scope and scale of this unique project, WEDC is deserving of Mid-America EDC’s Deal of the Year Award.