April is Keep America Beautiful Month, and with warmer weather, spring flowers, and longer days, it’s the perfect time to take action to make sure the communities in the thirteen states that comprise the Mid America region are safe and clean spaces. 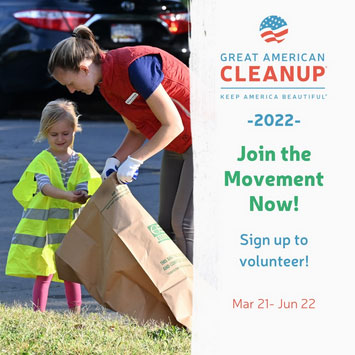 The  Great American Cleanup is one aspect of Keep America Beautiful, which is held in communities across the country through June 22. This annual event had been held for 24 years, with an estimated 500,000 volunteers taking part in 15,000 community events nationwide. Your local community can register to be a volunteer and be part of this effort that removes litter and beautifies over 100,000 acres of public spaces, and creates cleaner parks, streetscapes, and public spaces.

April is also when we celebrate Earth Day on April 22, and this year is its 52nd anniversary. The holiday began when Gaylord Nelson, then a junior senator from Wisconsin (in Mid America!), established it as a way to spread awareness for environmental priorities and initiatives.

Earth Day 2022 is another opportunity to celebrate the important impact of environmental initiatives in promoting economic development in the Mid America region.

A study coordinated by the Great Lakes Commission and the Council of Great Lakes Industries found that the economic impact of the Great Lakes Restoration Initiative (GLRI) was substantial. The $1.4 billion spent by the Federal Government from 2010 to 2016 on GLRI projects in the Great Lakes states triggered $360 million in matching funds from state and local governments and industry, and these investments generated additional economic activity which reached a peak in 2015 of over $500 million. Looking ahead, the study predicts that every dollar of federal spending on GLRI projects in the Great Lakes region during this time period will generate $3.35 in additional economic activity through 2036. 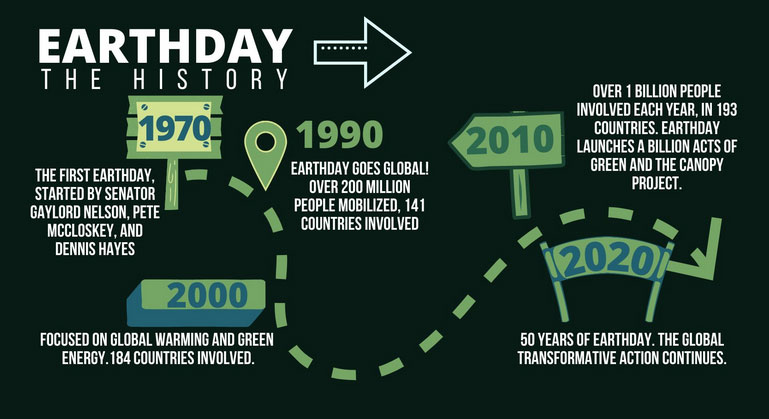 Earth Day organizers encourage businesses, governments, and citizens to work in partnership for the planet and everyone to get involved and take action on climate, urging people to “act (boldly), innovate (broadly), and implement (equitably).” For communities who want to become more involved in environmental initiatives, EarthDay.org has multiple toolkits available on a variety of topics, including the Great Global Cleanup, Plastic Pollution, and Climate Literacy.

When talking to site selectors, share with them how important our recreational resources are, both as a resource and for recreation. With everything from hiking trails to fishing to boating amenities available, our region is a perfect place to live and work! 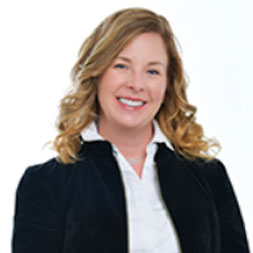